You are here: Home / Projects / April

I was tempted to check the bees today, but before I got all sorted out and got the smoker going I sat in front of the bees to just observe and watch in what sort of mood they were in. Although they did not attack me, we had a gusty wind today that kept sweeping them this way and that so I  decided against it. I think it was a very wise decision as not that long after Mike has complained about the aggressiveness of the bees, understandably really as about 3 days ago we were sitting by the beehives admiring their busyness when a bee flew straight into his face by his nose and stung him there. We put an onion on it and for the rest of the day it did not look bad at all, but the next morning he could hardly open his eye it stayed swollen for the next 2 days, what a nightmare. Today for a change Roxy got stung on her neck, was nowhere near the bees, she really does not like them, was a fair distance away from the hive area, but unfortunately for her one decided to get nasty, the only thing I saw was Roxy running towards me, looking very sorry for herself, I heard the bee in her coat so I got it out, and later found the stinger, put a bit of cream on it, and tried to persuade her it will be ok. Roxy will now have a panic attack for the next few days when ever she will hear a buzzing sound. Oh well. Last but not least one tried to attack my mum, kept on and on and on, mum escaped without a sting, at least something.

Some more pictures of the lambs, we went over to the barn a few days ago to have a bit of a clean up of their pen, (hoping to get them over here soon, it is high time), so while we were cleaning they were running around and having sooo much fun, it was lovely to watch. so here are some pictures. 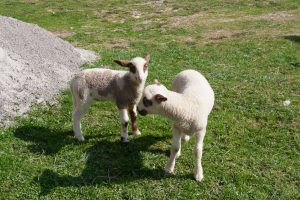 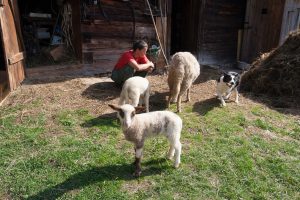 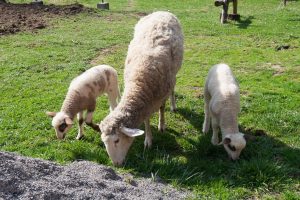 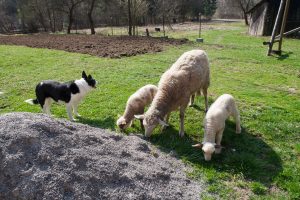 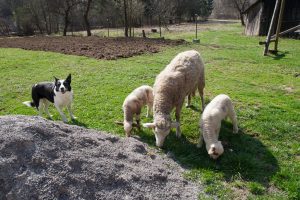 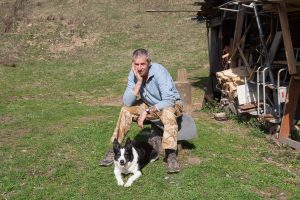 So as you can see we took a few pictures good times were had by all.  Roxy was really trying to get them to play or do something, the ewe totally ignored her, knows her from last year and Roxy was not obviously beeing a threat to her lambs. Last picture Mike, the loveliest person ever.