We have just about had it all in the last two weeks, in between beekeeping we  have been chopping wood for winter, making hay, generally keeping the garden in order.

The hives that I made out of 3 frames of Rudo’s have been keeping me busy, firstly I decided, because I found out that the Queen has hatched, should have mated which would, could result in her laying eggs in those frames that they needed something doing to them.

I did not want to just cut the base of the frame so it is the same size as mine as Rudo’s wires hung up and down and with the heat that we have been having I think it would have slid down, to put a piece of wood on the base of the frame was an option but seemed fiddly and the spacing on his frames was different to mine, so I decided I would cut out the foundation to the  shape of my frames and fit it in, the first one we tried was full of stores and although we wired it from the outside it was still floppy and did not look stable at all so I scrapped that idea there and then. I decided to take his frames out, cut out the stores and put them into the feeder, this we did on both the hives unless like on hive A where I found a frame with eggs, it was light so I decided to wire it in my frames, this served me really well due to a mistake that I made later on. This was a good idea at the time except they have started to build on the foundation in the feeders, so we opened it up and scrunched it up, after all that there was very little foundation and just syrup/honey floating int he feeder, gave them a couple of days to clear it up and one evening just took the feeder of, shook some of the bees off and left it for a while till there was nothing there. After this we took the feeders away, cleaned them and left the bees for a couple of days to settle.

The mistake previously mentioned.  I was using a crown board  and I noticed a ball of bees on the inside of the crown board, looking closely I saw the Queen, thinking it can’t bee from A which is where it was the last, as I saw the Queen and pushed it into the hive when I was checking the frames, why and how would she have gone up I still don’t know. Lesson always check the boards, boxes, etc before you move on to another hive. Stupidly I decided that the Queen belong to B and that is where I put her. I checked both hives shortly after and did not find a Queen in either of the hives, a nightmare. But I knew, if I taken the Queen from A and put it in B by mistake they had a frame of eggs and they would make a new one.

Today the 11th of June I checked the hives again starting with A and yes I did give B their Queen and A now has 2 Queen Cells, on each side of the frame with the eggs and one Queen Cell capped on another frame, I did consider doing a split but I am slightly reluctant as I am trying to work towards having strong colonies and I believe rightly or wrongly by taking a frame from a hive hear and there it will weaken it as they are all relatively new and not as strong.  What I am hoping to do with A is to keep an eye on it, so even if it decide to swarm I will be around to hive it, (I would probably just put it back in the original hive), if it does not I am going to make them strong, feed them get them going and if it is not too late do a split by box and get the 6th and last hive sorted.

Although they have our flower meadows, plus lime trees, strawberries etc to feast on right now I have been looking at options how to help them get stronger, stay healthier, and due to my experience with Bee Vital I noticed that they have introduced a product called Bee Strong that should just do the job. Bee Strong is concentrated, balanced bee feed. I have managed to get some sachets to test it,  I am going to start giving it to the weakest, or smallest of the colonies and go from there, but as I have good experience with Hive Clean I think I shall acquire Bee Strong  in a larger container and give it to my bees in Autumn.

I will keep a close watch on them how they doing. 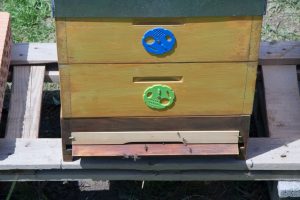 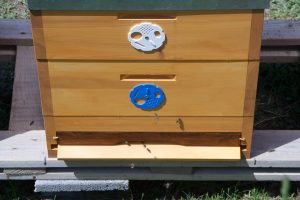 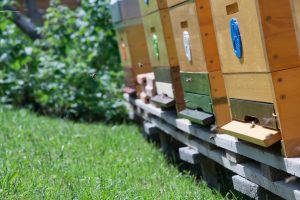 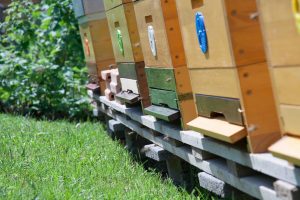 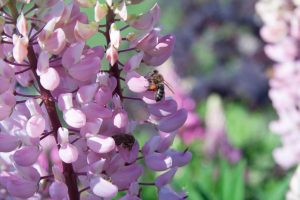 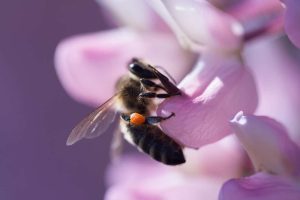 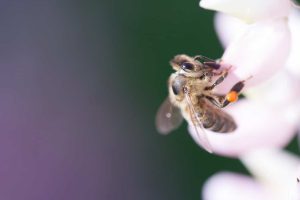 Here are some photos from today, you can see the Capped Queen Cells on the photos. The last one is hive D, I opened up the brood on them. They like to stick the frame with the clean white foundation to the plastic cover that I put under the roof. These bees from Rudo are really nice, calm, gentle bees. I managed to check them all without gloves on, and even though I use surgical gloves I took them off due to it being so warm. The bees are very good, very calm. Easier to work with. Nicer. 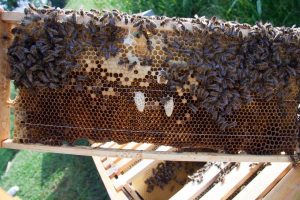 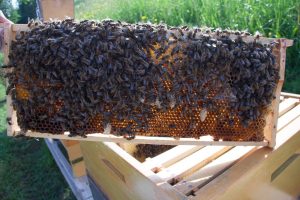 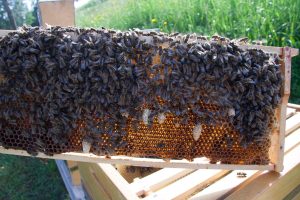 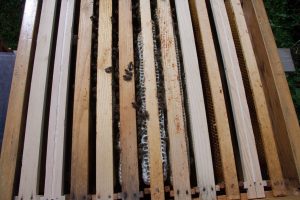