You are here: Home / Beekeeping / Bees

I did an inspection on the 5th of this month,

my biggest surprise was hive E, I honestly thought that would be doing really well until I opened it on the 5th, took the top super away as they really were not doing anything in there, most of the stores that they had are gone, I am guessing the Queen layed lots of eggs, there were not many flowers to pick nectar from, the limes did not flower as much this year as they were hit by a frost so they ate what they had.

Hive B had brood, very little stores, Hive F bees were nice and calm, did not see the Queen and did not see eggs, just in case added a frame of capped and larvae from hive C.

Hive C 4 frames of stores, really nice colony, usually get a bit jittery if I have their hive open too long, but they are strong, go out in any weather.

Hive A a few frames of stores in their third super, looking good.

Hive D still sticking to working, laying in the middle of the supers, very little amount of eggs and I did not see the Queen, really need to check this coming week whether they have eggs in there, gave them Bee Vital Hive Clean on the 7th in the evening, it was quite cool I just opened the hive and gave them 15 ml of Hive Clean, the only hive with some Varoa. 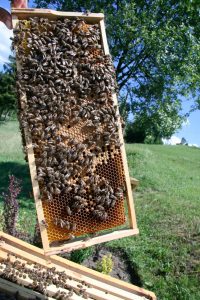 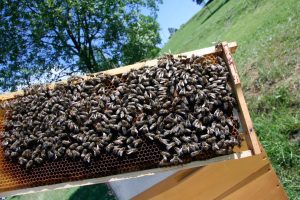 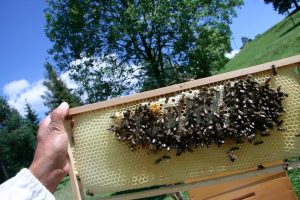 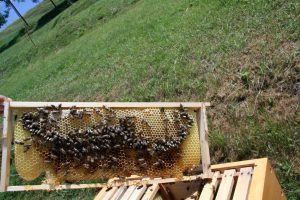 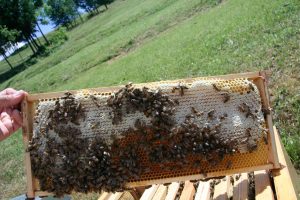 pictures from various hives, the second pictures has a Queen on the frames, the other three are with stores.